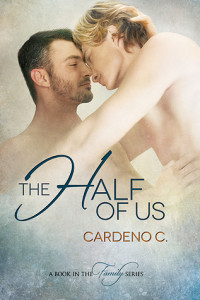 “You have any other golden nuggets to share?” Asher’s expression turned serious. “If you get a chance at happiness, don’t squander it.”

Jason Garcia is thirty six. He’s a successful cardiothoracic surgeon working in Vegas. He was married to Angela until their divorce five years ago. However, even though he cheated, they have a good relationship and shared custody of their children, Kristen (fifteen) and Donny (thirteen.) Mind you, Angela does most of the raising of their children. Jason is gay, has always known this, but that isn’t what life is about. Life is about the hetero-normative ideas he has instilled inside him- wife, children, picket fence = respectability/the norm. He doesn’t feel comfortable about being gay and even though he definitely enjoys sex with men, and he certainly does… often, there is an embarrassment attached to it as well. Guys don’t stay together. They don’t form real relationships that last. No matter, Jason is a player, he picks up, and he likes anonymous sex with new guys. It relieves pressure and their are no commitments. Jason does not revisit the same guy twice and being in Vegas it’s easy to have anonymous sex with tourists.

One night, after a particularly hectic day in surgery, he heads off to Phoenix Bar for another hook-up when he hears this laugh; it isn’t intrusive, but piques his interest. The laugh belongs to a younger guy who is trying to head off from the group of friends he’s out with. Jason is interested as he sees more of the blonde-haired, lithe-bodied guy that made him look more than once. He is definitely keen on that body and face so he follows him out and asks if he’d like a lift home…or somewhere?

Abe Green is a twenty six year old school teacher. He originally hails from Utah but has lived in Vegas for about seven years. He is the antithesis of Jason. He has a mix of shy but sexy. He doesn’t do hook-ups. He likes making love and being in a relationship in order to do that. But he hasn’t been in one for three years. While a bit unsure about the proposal this attractive guy has put his way, he has a why not?moment when Jason offers him a lift home. It is clear, after a pause for thought, what the lift means. Jason makes it pretty clear and Abe runs with it, if not a bit hesitantly.

This time it seems that just maybe Jason has met someone who could be more than one night. He asks for a second and then a third time with Abe, even goes out of his way to run into him. It is a relationship, everyone but Jason knows it. He can’t get Abe and his willingness in bed, his good-boy veneer with his passionate bedroom behaviour out of his mind…even though their original hook-ups are months apart. Abe has a nice laugh, lovely blue eyes that show so much, and a gorgeous body that Jason can’t stop touching, dominating or thinking about touching and dominating. Apart from that, he looks after things around Jason’s home and when his children are finally introduced, he is good with them.

As per usual, Cardeno C writes a fun, engaging story with minimal fuss and no melodrama. The most that happens, really, is Abe reflecting on Jason’s initial lack of sharing about his life and some concerns –

And yet Abe knew better than to push Jason about what he saw in the future or even how he defined their present. Because despite being with Abe seemingly every minute he wasn’t working or with his kids, despite sharing stories about his childhood and anecdotes about his job, despite spending hours taking Abe to the heights of pleasure, and despite wrapping himself around Abe at night and holding him close until morning, Jason hadn’t introduced Abe to anyone in his life, hadn’t invited Abe to his home, and hadn’t spoken of a future with Abe in it.

The secondary characters are great and I fell in love with Angela, Jason’s ex-wife. There was one scene that was a bit uncharacteristic of her behaviour-wise, but for the rest she was just brilliant. I know it’s a gay romance but I’ll take Angela. Hey, I’m all encompassing with my love 🙂

It took a while for me to warm up to Jason as a person. As a sexy fuck, Jason is right up there. As a person, he is a bit of a glass-half-full and cantankerous individual. He is also clueless of other’s feelings and arrogant to boot, but he comes good. He really does. Hang in there. Abe, well he is gorgeous from the get-go. Sensible, even-keeled, understanding but no doormat. Loved him throughout and with Jason they made a great pair. But that is Cardeno C’s style, isn’t it? Writing fabulous relationships. Great pairings. The title fits this couple really well.

I am just going to add a couple of pictures with quotes to this review now because I think this is Cardeno C’s hottest writing to date, and I liked it! 18+ and NSFW from here on in.

So… Jason is a sweet dirty talker. Which brings out the best in Abe in the bedroom as well. Abe loves to suck Jason’s big cock. 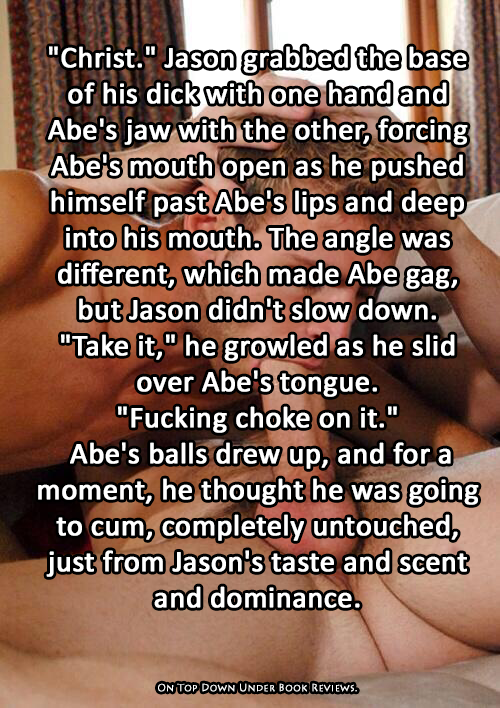 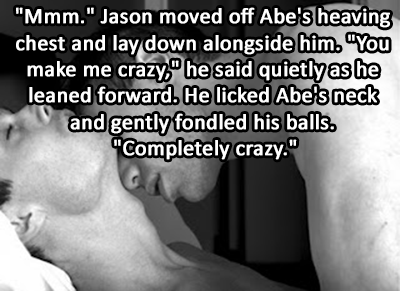 AND my personal favourite… 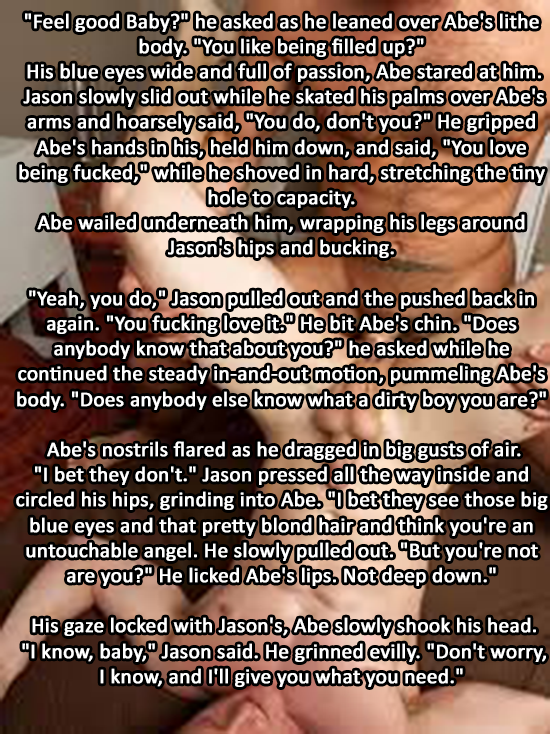 Great addition to the series. Sexy addition to the series. Good, strong characters. Passion and sweetness all rolled together to form great reading pleasure…in every sense of the word. It is a standalone, so don’t worry if you haven’t read any of the preceding books, it makes no difference. Cardeno C does the “two-of-us-together-forever” really well. There is always a message and it is never preachy. Highly recommended reading. 4.5 Sexy-Sexy Stars!

An ARC supplied by the author in return for an honest review.

I love, love, LOVE the quotes and photos. 😉

With that being said, this looks like a very hot read with a great story. I know I’d love Abe and would eventually warm up to Jason. Who doesn’t love dirty talk? *grin*

Oh yes, there is nothing nicer than a sweet dirty-talker, he he. I did so enjoy that. Quotes, what quotes? 😛

I had some fun with this but I am currently making more, uh, respectable ones for Pinterest, lol

Mmmm, sounds like I’ll be buying another book today. I like a take charge man. Who doesn’t?

It isn’t released until the 10th, Judy. We have a spotlight and giveaway running from the 7th-10th as well. Yay! Cardeno C writes so well and this is hot, hot , hot 🙂

Stop by for the spotlight/giveaway 7th-10th if you feel like popping by.

Love Cardeno’s books. She is an auto buy for me and this has been on my buy list since I learned about it. Thanks for the chance to win. Either way that book will be MINE!!!

Yes, Cardeno C has become a favourite of On Top Down Under. A terrific writer. Lol, Denise, I love the passion.

Love the teasers…beautiful. CC is one of my go-to authors for hot characters and superb love stories. Thanks for the blog post. <3

Thank you, PattiAnnie. I totally agree – hot characters, superb love stories. That is CC. This one is a scorcher.