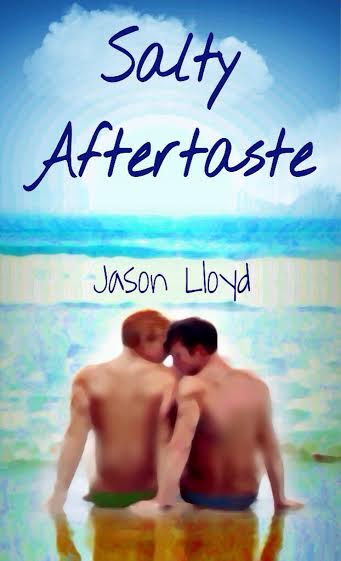 In this nonfiction tale, Jason and his hilarious and crude motley cast of friends leave their mundane suburban jungles and flock to the mecca that is Rehoboth Beach, Delaware for vacation. They are in search of a little rest and relaxation; aka beach, bars and boys, lots of hot boys.

Jason is just looking for a little attention. He just wants to feel wanted, and a little summer passion would not hurt either. Jason is the self-proclaimed hopeless romantic of the group. Will he find his summer love or is romance really scarce?

Kevin is the complete opposite of Jason. He feels that romance is only alive in stories. Kevin’s love for a teenage drama goes too far, and his obsession turns into more than he expected. Did Kevin finally stumble upon some romance or does his fascination finally get the better of him?

Bobby is looking for a connection. Any kind of connection. He meets a new guy every night and shares his bed with him. What is really going on behind Bobby’s bedroom door? Will he ever be able to fill this insatiable void for closeness?

Benjamin sneaks out every night. He disappears into the night and reemerges the next morning as if nothing had happened. He is quiet about his extracurricular activities. Where does Benjamin go? What is he doing?

In this beach oasis, where there is an endless sea of sexy men with perfect bodies, will Jason and his friends actually find love or just one night stands? One thing is for certain, it is an epic vacation that none of them will forget.

I giggled. I mean I seriously giggled while reading about Jason and his crazy friends. I have to say it was very refreshing considering I’ve been reading a lot of serious stuff lately. If a book can have me laughing out loud, it’s a winner. Salty Aftertaste is definitely a winner.

Jason and his hilarious friends take off on a week-long vacation from Pennsylvania to Rehoboth Beach, Delaware. There’s Jason (obviously), Kevin (Jason’s best friend), Benjamin (or Creepy Benji as he’s often called when he’s had too much to drink), Bobby Bunny (Robert Hare), and we can’t forget Crazy Rob – among others. There are a few females thrown in the mix as well and they are every bit as entertaining as the guys, but it was the guys who made up Jason’s funny tale of the week at the beach.

I’m going to start with Kevin. Kevin is the ultimate best friend. You know the type I’m talking about. You love them dearly but sometimes they get a bit, um, excited? Loud? Maybe a bit obnoxious? Kevin is a wild thing, but underneath it all, he’s just a good man looking for love (that was my take anyway). If he plays a bit along the way, what of it? He’s loyal and the best friend anyone could hope to have. I was a bit iffy about Kevin early on because I thought he came on a bit too strong. By the time I got to the end of the book, I adored him. Something (though I won’t spoil it) happens toward the end and this makes you really feel for the guy.

Then there’s Jason. You’ve got to love Jason. He (like Kevin) is only looking for love and he doesn’t do the one-night-stand thing. This is proven with one particular character he meets. I felt bad for him and immediately thought “bastard!” with the other character.

So, Jason and his friends spend their week at Rehoboth Beach with their days at the gay beach gawking at hot men in speedos and their nights at the different gay bars. They meet some interesting characters along the way. Some fairly decent, some not. From hot bartenders to “My Name Is Davey. Here’s My Number, So Call Me…. Maybe?” Dave to various others, most of which Bobby insists on kissing. He has this major thing about kissing. *grin*

There’s much more I can say about this story, but instead I’m just going to say read it. It’s a story about friendship – real friendship – and love, but not necessarily in the traditional sense. You’ll find yourself giggling out loud one minute and wanting to bop two heads together (yeah, that way too… *smirk*) the next. The story moves at a fast pace. I thought I’d read a few pages and come back to it later. Before I knew it, I was at 60% on my Kindle and I was being alerted that my battery was almost dead. I plugged it into the charger and kept reading. 🙂

Overall, a very funny book about a great group of friends. It’s funny. It’s raunchy as hell. It’s also a little serious in a few places. If you can read this without smiling a few times, I’d be surprised. Highly recommended. I can’t wait to read more from Jason Lloyd.

Previous post
Then the Stars Fall, Brandon Witt
Next post
How To Train Your Dom In 5 Easy Steps, Josephine Myles

I love the title, Hmm, what could it mean?? Love the sound of this book and it’s nice to have some fun when you read – I know how much you love a well written funny book.

Nice review, Cindi. Where is the pic of the two, uh, heads being bopped together? 😛

I neglected to get with my pervy blog partner, who is the *ahem!* research queen. lol

Thanks. It’s a really good story. I was cracking up the whole time I was reading it.

(Of course you love the title. Again… my pervy blog partner) 😀