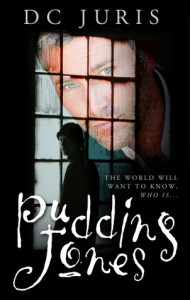 This review contains some slight spoilers.

I did not sit down to type this review until long after I finished the book.  And even now, a day later, I am still feeling it. The story told in Pudding Jones is real. Too real. It is about a topic that most try not to think about. Sure, we all see homeless people but do we ever stop to think about them as people? Or do we see them as nothing as we purposely cross to get out of the way of them on the street?  Who hasn’t done the latter?  Some do it without thinking. Some help in some small way. Some are downright hostile, never knowing or caring that the person they just criticized or spit on was a human being with real feelings. Some are there by choice. Some are there due to drugs, alcohol, mental illness, or the fact that they lost their job and with it, their homes. But does the fact that a person is living on the streets make them any less of a human being? No, it doesn’t. Pudding Jones shows this and it shows it in a heartbreaking and brutally real way.

Emmer Richfield is a reporter for the Tri City Review, a small newspaper in his hometown of Dodson. Emmer has seen the world and covered stories that most could not fathom. He has seen the death of war. He has seen things in his life that no one should ever see. He is a hard nosed reporter and he does not do human interest stories. This changes when his boss asks him to do a story on the homeless people in Dodson. Foxton Industries is planning on building a mall in a section of the town — the section where the city’s homeless live. The people who live there are accepted and do not bother anyone. They live their lives the best they can under each individual’s circumstance and the town pretty much leaves them alone.   Foxton Industries plans to oust these people, ranging from the very young to the disabled elderly, from the only homes they have.  Emmer’s job is to do a human interest story on a homeless man who calls himself Pudding Jones.  Pudding has agreed to meet with Emmer and Emmer only, after refusing to do interviews in the past. The hope is that the story will shed light on these people and that Foxton will bow out of their plans and leave them all to live in peace.  What Emmer doesn’t expect is to get emotionally involved with not only Pudding but the other homeless residents as well.

“You people don’t know nothin’ ’bout nothin’.  You hear homeless, you think of some dirty bum on the street, beggin’ you for money with one hand, holdin’ a bottle in the other. There’s other ways of livin’ besides the way you live.  I get hot meals and I get a bed to sleep in. And I ain’t never been too fond of hot showers.”

This story absolutely, 100% broke my heart. From the first meeting between Emmer and Pudding to the ending that ripped my heart out. The reader is witness to the life of a man who chooses to live as he does in order to stay away from structure. You see, Pudding Jones is not the typical stereotype of what one expects from the homeless. He’s clean, wears clean clothes, has a bed to sleep in at night and never, ever begs for anything. He works for pay when he can get it and is not one to ask for charity. He is a well-known fixture at the diner in town and always pays for his meals and leaves a tip.

Over a period of interviews Emmer is horrified by what he learns about Pudding. Over time, the reader is witness to why he is homeless and why he chooses this life. There is horrific past abuse that will make the reader angry for what he suffered and make you want to take it all away and fix it for him. While not that graphic, enough is stated where you know what occurred when he was a child. With the interviews comes friendship and then later, a relationship between the two men. I don’t want to give away the ending but I will say to be warned. This is not a classic ending for a M/M story. Hope for the best but expect the worst. That’s all I will say about that.

Overall, an outstanding story. A real story. A story that literally left me in tears for a variety of reasons. It’s short but so much is said in those few pages. This is one I won’t be forgetting anytime soon.

Wonderful review, Cindi. People often don’t understand the issues behind homelessness. There is far more to it. But out of sight, out of mind….

Thank you. It’s a very sad situation and this story brings it all out front and center. It’s very heartbreaking.

I think this sounds sad but it sounds good. I’m going to read this one now 🙂

It is sad but it is an excellent story. I hope you get out of it what I did. 🙂