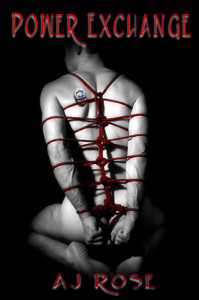 Detective Gavin Degrassi is the good cop in comparison to his partner, Trent.  Gavin is compassionate and he handles witnesses and victims in a kind and caring manner.  Trent is the complete opposite.  He is sexist, homophobic and just an all around unlikable person.  He is the character that one loves to hate.  He has no redeeming qualities at all and it is obvious that there never will be.

Gavin has been unhappy in his marriage and with his life as a whole for a very long time.  His wife is demanding and expects, no, demands, more from Gavin than he is willing to give.  He is happy with his position as a detective and has no aspirations of going higher in the police department.  Gavin’s family, all retired or current law enforcement, agree with Victoria (with the exception of one brother, Cole) and they, along with Victoria, gang up on him at every opportunity, in turn making him feel small for not wanting more.  Victoria is a character who is easy to dislike.  She starts out okay but then rapidly goes downhill.  As I was reading, I kept wondering  how the Victoria/Gavin thing would work out with Gavin’s attraction to Ben.  I am not a fan of cheating in books and I kept waiting for Gavin to cross that line.  I am happy to say that that situation was resolved not only in a very good way but in an excellent way.  I absolutely loved what happened with Victoria and the way the author wrote it was brilliant.

Gavin has always believed himself to be gay but after a rejection many years earlier and the fact that he knew beyond doubt that his family would not approve, he forced those feelings to the back of his mind.  They were always there.  He just never acted on them.  Until Ben.

After a major problem with Trent, Gavin requests a new partner and receives one, Myah.  Myah is perfect.  The ultimate female character.  Not long after, more gruesome murders take place.  By this time Gavin has already begun a tentative personal relationship with Ben.  Gavin, the tough detective, is eager to explore the BDSM lifestyle and wants to be the submissive to Ben’s Dom.  That was written well though I did have one particular issue with an instance in the story in regards to that.  Ben asks Gavin to do something as his sub that Gavin was uncomfortable doing initially.  I could understand the reasoning for Gavin not wanting to do it and this is made more clear as it plays out.  He eventually gives in and what I was expecting to happen did happen, somewhat.

Gavin and Myah are in a race against time to catch the serial killer.  The murderer is obvious to the reader not long after this person is introduced, though the reasoning behind the killings is not until much later.  It takes awhile for the detectives to catch up but they do eventually.

The resolution takes awhile and when it happens, it happens quickly.  Perhaps too quickly.  There is a quick epilogue thrown in that explains what happens after.  The epilogue was absolutely necessary though I wish I could have seen more in regards to what happens between the end of the last chapter and the epilogue.  I loved Gavin and Ben and most of the secondary characters.  Cole, Gavin’s brother, is the type of brother everyone wishes they could have.  I loved him from his introduction in the story.   I enjoyed watching as Gavin gave himself up to Ben and as they came together, not just as Dom and sub, but as a couple.

This is my first by this author.  I am very eager to read more.