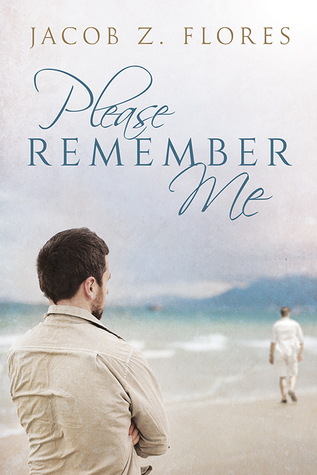 Successful lawyer Santi Herrera couldn’t be happier with the direction his life is taking. Not only is he on track to becoming a partner in his law firm, but he’s planning his wedding to Hank Burton, a south Texas contractor who has made a name for himself despite his humble beginnings. The introverted, lone wolf Santi and the friendly, outgoing Hank complement each other perfectly. From the moment they laid eyes on each other, they were hooked, and as far as Santi and Hank are concerned, a happily ever after is their destiny.

But fate deals them a devastating new hand.

A construction accident leaves Hank with severe head trauma and brings him precariously close to death. When he finally awakens, Hank doesn’t remember Santi or the love they shared for the past three years. Santi faces the greatest challenge of his life. Can he respark a flame his lover can’t recall? And can he stop the diverging paths that fickle fate charts between them?

Santi Herrera is a lawyer on the track to being a partner at his Houston law firm. He tends to be all work and no play and his best friend, Jill, wants to see a bit of a work-life balance happening in her friend’s life. Some romance and fun.

“When was the last time you even got laid?
I had to stop and think. I hadn’t been on an actual date in at least three years. Romance required work and commitment, and I had committed myself to making partner.
“That’s right,” she said with a smile of smug satisfaction. “You can’t even remember, but I do.”
I wasn’t going to get any work done as long as Jill was set on this current path.
“Enlighten me.”
“Last year at the office Christmas party,” she said. “You got drunk and went home with Wyatt.”
Damn. Had it really been that long?

So Jill organises for them both to go to San Diego for a holiday. In San Diego Santi 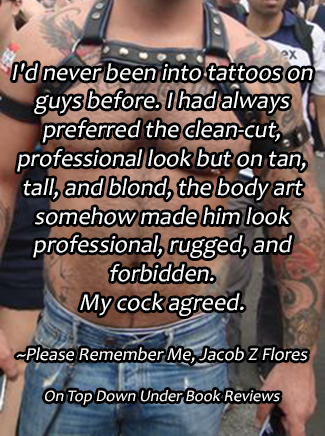 meets blonde bear, Henry “Hank” Burton. It’s insta-attraction between the pair when they see each other at Rich’s bar, and they become inseparable for the duration of Santi’s holiday. From here, they have a long distance relationship before Hank decides he’ll make the move to Texas to be with Santi, the man he’s grown to love. It’s hard for Hank to leave his fellow housemates and good friends, Darren and Mitch, more on them a bit later, but his parents have moved to Lufkin, Texas and he has a strained relationship with them. Maybe things can be rectified with them at some stage.

It isn’t easy going first of all because Hank has a successful design/construction business in San Diego which he’s walking away from, not to mention his friends. Hank will be starting from scratch in Texas but Santi and Hank are a perfect pairing and before long Santi asks Hank to marry him, which Hank happily accepts.  Everything is set, they’re getting married at the Presidio and invitations have been sent out. Hank’s parents have come around and they both like Santi. Then an accident occurs when Hank falls from scaffolding on a building site which causes series brain trauma. Santi and Hank’s family and friends keep vigil. After coming out of his coma, Hank’s short-term memory is impacted. He remembers San Diego, he remembers Darren and Mitch but he doesn’t remember Santi or their relationship. Even more upsetting, Hank remembers being in a relationship with his ex, Karl, and he still feels they are together. Everyone lets Hank know, gently, that Santi is his partner now,  but he struggles with that fact, much to Santi’s hurt. He does not remember anything about Santi, their meeting in San Diego, or the life they have carved out for themselves in Houston over several years, or their upcoming wedding.

After the original meeting and getting to know one another, the book then looks at how Santi and Hank deal with the situation they are now faced with. There are some flashbacks but it is mostly Santi letting Hank ask questions or Santi taking Hank places to try to jog his memory. 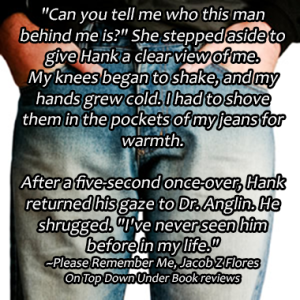 Please Remember Me is a hard book to rate in some ways. It’s not a new premise but it was still a good journey. There is no denying  it could be cheesy at times, and I’m more of a gritty romance reader than not, however it just seemed to work here. Santi has the patience of Job, but, I’ll admit it, I loved him for it. He is just so damn nice, sweet, patient and caring. We all need a Santi. I liked how Hank was a bear of a man but would wear Hello Kitty t-shirts, and bling and he owned it. He worked in construction but had no issues with his colleagues or employees and was out and very proud. That Darren and Mitch had nicknames for each other and Hank –  Hag, Grandma, and Bubble, and why, was funny. I enjoyed the fact that Jacob Z Flores wrote these camp and often, well, bitchy secondary characters. I found that refreshing. They were great characters with funny dialogue and they were well fleshed out.

Mitch sighed,”God, all these happy couples are driving me to drink.” He took a big sip from the bottle.
“You never needed an excuse before,” Darren said.
“That’s true, Grandma, Mitch replied after the long swig.

Then there is Jill, Santi’s bestie. She seriously had me laughing with her threats of

punching Santi. Her sense of humour and no nonsense attitude were winners for me. Every time Jill was on page I laughed or enjoyed her kick-arse ways. That Darren, Mitch and Hank owned a house and lived together and had formed a tight family unit were great aspects that rang true. That they were unsettled when Hank chose to move from San Diego to Houston to be with Santi is a typical reaction. But Santi handled it well. I also liked Hank’s dad, after initial trepidation. I thought there were two really good scenes to do with Santi and Henry Snr.

Well, I really enjoyed Please Remember Me. It was a fun book to read in between some darker reading of late, but I did get emotional for Santi at one stage, which indicates it hit a nerve. If a book can do that, it is worth a lot more to me as a reader. Generally speaking, Jacob Z Flores does have this perky kind of writing style – even when you think you might hit more angsty moments, you really don’t. I thought the majority of characters, primary and secondary, were interesting and funny, and they had me either cheering for them or laughing at or with them. There was a sweet romance at heart, with some sexy moments and a HEA, and if that sounds like you, I recommend Please Remember Me. 4 Stars!

ARC received by the author in return for an honest review

You know that I’m all about sweet love stories and books with humor in them so I can tell I would be all over this one. Throw in Hello Kitty? Oh yeah, I can tell I’d enjoy this story. 🙂

Great review. I love the pics and quotes, as always.

Thanks, Cindi. That’s right, you’re my Hello Kitty friend, lol. Ms Kitty is owning her own bling up on the review. You can never have enough bling 🙂
Actually, this is a book that you would enjoy because it is sweet and it’s funny and there is a bigger guy who owns his Hello Kitty love.

This sounds very interesting, I read The River Leith yesterday, what a coincidence Muriel.
Anyway this sounds a lot more interesting, great review Kazza, and Hello Kitty, too funny

So we both read memory loss/amnesia books, that’s interesting. This was fun and the Hello Kitty, and who wore it, adds a certain blingy-extra to the book. The dialogue between the friends was a highlight for me… as well as the Hello Kitty.

Yes I realised that as soon as I hit enter, I honestly meant to type Deidre, 🙂

To that I must say, “Deidre Chambers, fancy seeing you here.” lol

Hello kitty always rocks. I like the provincetown series they’re sweet too. 🙂

My blog partner will tell you Hello Kitty rocks, Jana. I have to fess up to having been in Hello Kitty stores more than I would like to admit 🙂 I’m glad you liked the Provincetown books 🙂