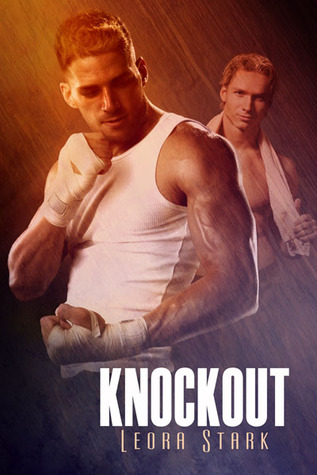 Who would have thought I would REALLY like a boxing themed story? A M/M with characters that are so bloody nice.

Tyler Morris catches a bus from NY to LA in the hope that Jamie Lewis, gym owner and boxing kingmaker, will take him on as a boxer. He has little money but sets about making Jamie see his potential, including giving him a heartfelt speech about how much boxing means to him. Tyler is 22, spent some time with Jamie when he was 15 at a boxing camp for youth identified as at risk; and never forgot what he learned there.

Jamie is a 36 year old boxing mentor. He takes on those he think can make a go of boxing, as they don’t pay for their training he takes a percentage of their future earnings; so they have to show potential. He finds Jamie attractive, passionate about the sport, but he’s seen it all before, besides his personal philosophy is one of a separation of work and sex. He thinks Jamie’s speech is nice, but he makes him go a few rounds in the ring before deciding on whether or not he’s worth investing in.

Reading the official blurb on Knockout makes it sound a little darker/ heavier than it really is.

What it actually is, is a sweet read, with endearing leads that happens to centre itself around a boxing trainer, and an up and coming heavyweight boxer. There’s a little ‘drama’ mid book but it’s really nothing. Both men fall for each other and their relationship is genuinely nice, and I couldn’t help but really like them both. As a plus the sex is terrific, and there’s lot of it – no complaints.

Yes, Tyler’s father was an angry, drunk man, but very little is explored here, you just read bits and pieces of his past. There’s no great angst associated with it in general. However, there is a nice message about coming from a life of hard knocks and liking yourself, laying the blame at the right feet.

I’m not really a boxing fan and, to be honest, there’s not much about it in the book, but there is some and it’s just enough for me. I thought the ratio of character development, boxing and sex was pretty good.

There were some minor problems with the book, the chapters jumped a day, a few days, 2 weeks, taking chunks out that I would have liked more of. It wasn’t long enough to pull out the backstory on Tyler, that the blurb actually had you think might be there, but in the end I liked the guys so much I didn’t actually care. Tyler and Jamie won out.

I bought Knockout for something a little different, and for a shorter read. It filled the criteria above, with the bonus of giving me really nice characters that I cared about, an interesting, sweet story, and a happy ending. Can’t ask for much more.