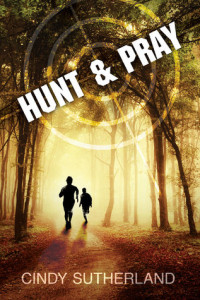 A reporter is kidnapped because of his lifestyle.  One of his captors is not at all as he appears.

Drew Edwards is a reporter.  He has been following the story of gay men who have disappeared without a trace.  After an upsetting moment in his personal life he takes off without paying attention to his surroundings, something he would not have done under normal circumstances. It is at that weak moment that Drew is kidnapped and taken deep into the mountains of Colorado by three men.  One is a colonel, another is an Army man and the last one is a trained Marine sniper.  The colonel is obviously in charge.  He is evil in every sense of the word.  He finds it his duty to rid the world of deviants like Drew, meaning homosexuals.  The Army man, Ezra, is no better and in some ways worse than the colonel.  The sniper is a different story all together. He is Chance and he is the colonel’s son.

Drew is kidnapped to be hunted and killed.  He is the colonel’s test for his son for reasons that are brought out in the story.  Drew is held captive in a small cabin for a couple of days and then let loose with few provisions and a six hour head start before Chance will be forced to pursue him and kill him.  All does not go as planned for the colonel however. During the two days of Drew being held captive in the small cabin, he sees things in Chance that surprises him.  Chance obviously wants no part in his father’s plan but he is at a loss as to how to get out of it. Drew sees compassion and understanding in Chance and he wants to believe the other man would never hurt him. Of course, he knows better as he has been the subject of the colonel’s anger during the two days in captivity and he has witnessed the same anger aimed at the man’s son.  Chance will do what he has been ordered to do or die himself at the hands of his father.

Drew is thrust out into the wild with nothing but a backpack,  two protein bars, a knife and two bottles of water.  He makes good use of his six hour head start but in the end he is found by Chance.  What follows is a journey of survival for both men.  Drew must trust that Chance has no intention of following his father’s orders and Chance must trust Drew to believe in him.  The colonel has given Chance until 9:00 a.m. the next morning to return with a trophy proving that he had done what he had been sent into the woods to do. The trophy would be part of Drew’s body. When Chance does not return to his father and Ezra he knows that not only is Drew’s life in danger but his is as well.

This is an outstanding book.  Normally I hate being one of the first to review a book but I am so glad that I was given the opportunity to review this one.  This book speaks of unbelievable cruelty at the hands of a father and it shows compassion in a man who was taught nothing but hate.  I fell in love with Chance early on even though he was part of the team who kidnapped Drew.  The reader is able to see early on who Chance is and what Chance is. Watching him figure this out with Drew is beautiful.

I won’t go into any more of the story than what I already have beyond to say that this book has quite a bit of drama and violence but in the end it is about two men finding each other under unusual circumstances.  I cannot recommend it enough.  A very enjoyable read.