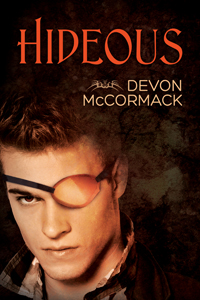 Purchase At:  Harmony Ink,   ARe, amazon.com

**This is a Young Adult/New Adult book. Not an MM**

Luke Retter is sixteen. He has sixteen year old ideas of going to school, making friends, going to school dances, kissing that special someone,  intimacy. Sadly for Luke, he is a cursed and these things are not afforded to him.

Demons were a disease. The darkness, as we sometimes called them. That’s how they came – in billows of black smoke. They were ethereal creatures who hunted for hosts so they could unleash their terror on helpless victims.

When Luke was eight his father was infected by a demon causing him to attack his family, killing Luke’s mother and his sister and severely injuring Luke – peeling off his hand and gouging out his eye. If that isn’t bad enough, he was then placed under the ‘care’ of the UCIS – United Cursed and Infected Security. The UCIS are overseen by an enigmatic  government appointed committee, the Assembly. They were successful in minimising the demon-infection threat during initial (major) outbreaks. The principal is sound enough – keep the demon’s at bay, protect the regulars, control the cursed, exterminate the infected. The cursed are identified through a spider web purple-blue mark left on their bodies by the demon, a portal for infection. They’re easy to round up and keep under control.

To decrease our chances of becoming infected, we were forced to register and handed over to the state to work as slaves.

Since their regulations and the imposed segregation, there had been far fewer infections. This was used to justify continued oppression of my kind.

Luke works as a janitor at St Augustine’s, a prestigious Catholic academy for boys.

The sign was a twisted reminder that not only could I not go to a dance, I couldn’t expect to ever participate in the sort of playful, romantic love that regulars not only wanted, but expected.

Here, it is brought home to Luke every day the things he would like but can never have. The upcoming dance is something, in particular, that Luke would love to attend, but can’t. He hears the boys talking and it  hurts. On top of this, Wahrmer is in charge of the janitorial staff and he watches Luke like a hawk. Wahrmer is smarmy and because Luke is handicapped he gets less pay and more negative attention. He also has to deal with more criticism from all quarters because he is not only a cursed, he is handicapped. Luke does not like what he sees if he looks into a mirror and tries to avoid it at all costs. He feels less-than because of his missing eye and hand. He sews his sleeve up to hide the hand and wears an eye patch to cover his eye. Unwanted attention and added inspection for eight years, on top of losing his family, don’t help.

One day Luke is out running errands for Wahrmer, sees a young cursed 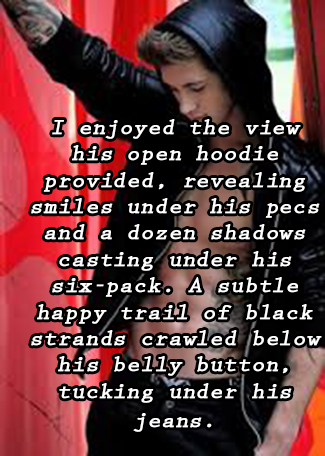 being attacked by five anti-cursed gang members, jumps in to save him, and ends up badly beaten. When he comes to, he’s in an abandoned building with another cursed  who has rescued him. Zack is a deviant who runs the Atlanta deviant cell. Deviants are curseds who want freedom, don’t work for the state, and fight against the segregationist, heavy handed UCIS. He helps Luke out after he has saved Taylor. The building may be crappy, and the surrounding a mess, but he has waffles and orange juice. How can Zack have these things that seem like such a luxury to Luke?

Luke doesn’t know what to make of Zack. He’s not sure if he is up to no good. The only deviants Luke’s seen are being burned at the stake on TV. The change in his pocket and the bleach he bought for Wahrmer are all gone, which means he’s in trouble. Did Zack take them? Is he pretending to be nice? Does he want something from Luke that could cost him his job? Luke doesn’t want to get too involved as he’s seen the executions, and while he may be a slave to the state, at least he is alive and has work.

Luke goes back to work at St Augustine’s but he thinks about Zack with his hoodie and messy black hair. In the meantime, he helps one of the privileged boys out at the academy who is drunk after lockdown. A relationship/friendship develops between the beautiful Tom, who has a secret or three of his own, and Luke. It is strange but flattering for Luke to have someone so beautiful show interest. Does Tom want him as a friend or as more? It can’t be ‘more’ because Luke is hideous. Zack also comes back into Luke’s life when one of his crew is shot and he needs some medication from St Augustine’s. Then there’s the demon that possessed his father who also wants Luke. There is much more to Hideous, but I’ll leave the rest of the plot up to the reader.

Some things I really enjoyed: 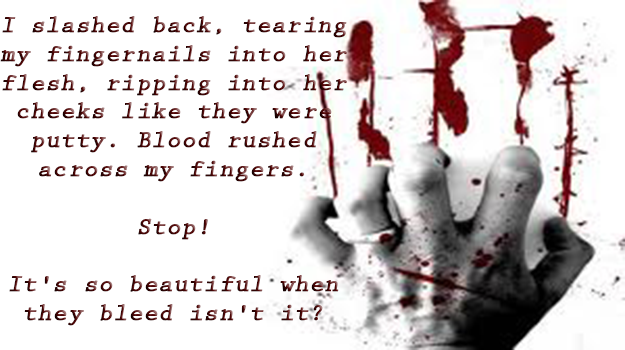 the other curseds he encounters – they all have quite horrible and graphic tales and Devon McCormack lets them tell you. You also get a feel for the power that feeds the demon.

The book is quite dark, it has some good world building and a look at what it is like to be an outsider and feel alone. What it’s also like to have a handicap and if you judge a book by its cover you can be sorely disappointed. It also contains a sweet romance and some action.

The protagonists were good. I liked Luke a great deal. He is the primary  voice throughout the book. He’s been dealt a rough blow by life’s circumstances yet he is a gentle soul at heart and highly principled. He also, understandably, has self-image issues. I thought Zack was fantastic, he does what he has to to survive, and he is nothing if not interesting – the scene where he turns up in a ratty tux, but a tux nonetheless, was so very sweet and romantic.

True to the age of the characters Hideous ends in a satisfying HFN, but I would not complain if I got to see more.

We have a sister site to this one that is expressly for LGBT YA/NA books. Based on my experience with this genre, I REALLY want to say this – there are not enough YA/NA books written by young gay males. Devon McCormack is a young gay man. It is something that shows in the writing, which is excellent for guys aged fourteen up – these guys actually speak and act like teenagers. I want to see young gay guys engaged by characters they can relate to, and with Hideous the author has succeeded. I’m not saying that every gay male is going to like it, or that it won’t be enjoyed by the major demographic reading in this genre – females. I am way, way past my teenage years, and a female, and I was engaged from beginning to end. 5 Stars! 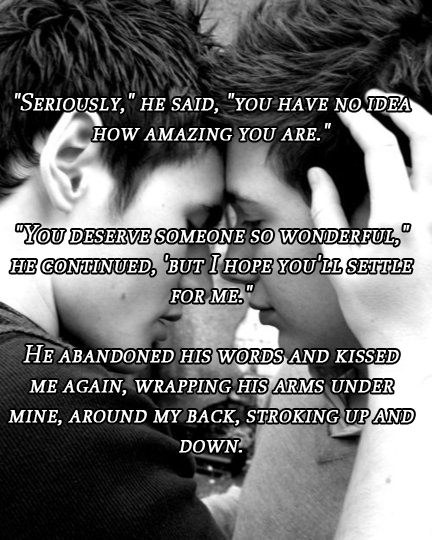 I cannot convey with words how much I adore the pix throughout this review! Sexy, gruesome, and sweet: just like I wanted the book to be. Lol. Thanks for reviewing Hideous, Kazza!

Sexy, gruesome, and sweet is a good description of the book.
🙂

I loved the book. You’re welcome and I’m glad you like the pics!

I’ve said this to you privately but I’m saying it again, this is a “Cindi” book if I ever saw one. I love damaged characters. I love when an author isn’t afraid to put a bit of violence out there. The story looks amazing. I can’t wait to jump into it in a few days.

You outdid yourself with the quotes and photos.

Outstanding review for what I can tell is a great book.

Seriously, Cindi, I know you will really enjoy Hideous. I can’t wait for you to read it and then review it.

Thanks for the nice words. I had fun with the pics. the quotes and the review.

I agree about those pix they’re awesome. I’m reading Hideous when it’s out. I like a good YA. Is it dystopian?

I recommend it, Jana. It’s contemporary but actually it does have a kind of dystopian feel about it now that you mention it.

Thanks. I enjoyed making the pics to go with the story.

Now that I’ve read it, I can say how much I loved it on here. What an outstanding story. I fell in love with Luke and Zack and I love how the author didn’t shy away from a lot of things most do.

Great book. I’m so glad I read it.

I loved your review on Goodreads, Cindi. It is such a good YA/NA book and I was so happy to read that you felt like you do about it. You’re right, he didn’t shy away from anything and Luke and Zack are lovely….in amongst the other things going on

😀 I should read this book you make it interesting.

I saw this on the publisher site at a good price. It’s good reading? Like Halloween worthy maybe?

Hideous was fun and nasty all at once and whoot Zack is so very gimme now! 😀

I’m liking der review and the topic is gut. Thankyous.