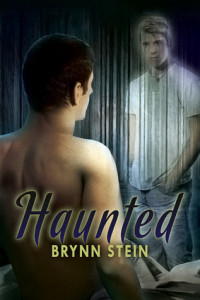 Lenard Blake has just gone through a nasty divorce. His ex wife comes from a very influential family in Denver, Colorado, so he is shamed and blacklisted by everyone. He loses his job as a detective and when he tries to find work in other parts of the state, the door is slammed on him each time.  The divorce was no fault of his, but that doesn’t matter to those who know his meddling ex in-laws. Knowing that the only way to have any kind of life (or career) away from the influence of his former father-in-law, Lenard purchases a house sight unseen in a small town in Virginia, as far away from Denver as he can get and still find a new job.  The price is too right and the house is, according to the internet posting, a beautiful old farmhouse.  Exactly what Lenard is looking for.  The house has been sitting vacant for fifteen years and Lenard doesn’t question why the house is being sold at such a cheap price. He makes an offer that is immediately accepted and is on the road to his new home in Virginia. He has been hired by the local police force as their newest detective so Lenard is excited about his new life. Unfortunately, when he arrives at the “beautiful old farmhouse” it is in no way as it appeared online.  The outside of the house is in a state of disrepair and the screen door literally comes off the hinges when he opens it.  Inside is not much better and on top of all the dust that has accumulated, practically every single room has something that is in need of serious repair. That is, with the exception of the master bedroom that does not have a speck of dust or anything out of place.  That room is beautiful.

Within minutes of arriving Lenard notices odd things.  Old sheets that he knows he removed from the living room furniture have been replaced when he walked out of the room. The back screen door flaps in the wind when there is none blowing.  Within days, he has gotten a feel for the house and has also been informed by his new coworkers of the fact that his new home is reportedly haunted by a young man who had been murdered there fifteen years earlier.  At first, Lenard is understandably skeptical but the ghost has made his presence known since the minute Lenard stepped foot on the property.

Over time other odd things begin to occur. Lenard walks into his kitchen each morning with his breakfast laid out on the table, tea and a glass placed there another time after he replaces the damaged door frame, books that he leaves on a desk are suddenly back on their rightful places on the bookshelves.  These things happen so often that finally Lenard is convinced that not only is his house haunted, but it’s haunted by someone who does not wish him any kind of harm.

This leads him to do research on the former inhabitants and then to actually speaking with the ghost, who Len is convinced is Jason Miller, the man who died under mysterious circumstances fifteen years earlier at the young age of twenty-three.  The more he speaks with Jason (who speaks back and is even able to manifest himself) the more he learns about Jason’s death and his family who were all either killed under mysterious circumstances or who disappeared under them. An investigation is launched by Lenard and his skeptical partner Dan and over a short amount of time the friendship that has developed between Lenard and the ghost of Jason Miller becomes a love affair.  But what happens when the murders and disappearances are solved? Will the ghost person that Lenard is in love with disappear as ghosts are known to do when they no longer have unfinished business on earth? This is kinda/sorta explained toward the end of the book.

You obviously have to suspend belief as Haunted is about a man falling in love with a ghost. I love these types of stories so I had no problem jumping into it and remembering that the book is fiction. However, some might want more of a realistic story and if that’s the case, I suggest you move on as this one is ….  as I said …. about a man and a ghost falling in love.

The mystery of what happened to Jason and his family does not stay a mystery for long but it does take awhile for Lenard and Dan to find the evidence needed for justice to be served. Lenard had left Denver in order to get away from one influential man only to be thrust right back into another town across the country with one who is influential in his own right.

There is a little bit of humor as Jason calls Lenard (a police detective) various nick names from television and film (Starsky, Hutch, Dick Tracy, Spenser, Magnum, the list goes on). I loved Jason’s character from the moment he was introduced, ghost or no.  I liked Lenard as well though I ended this with a couple of questions in regards to him. He was obviously married to a female and the divorce is the reason he moved across the country.  So is the Jason thing a gay-for-you type situation or was Lenard supposed to be bisexual?  Or was he gay and in the closet while he was married?  This may have gone unnoticed by some but throughout the entire (short) story I kept hoping to see those questions answered.

Another thing that I wouldn’t say bugged me but that I noticed and found a bit distracting, was the use of his lover, friend (used a lot), the ghost, the detective, old man, etc.  This is a little overdone in my opinion though I was able to overlook it for the most part.

There is zero on-page intimacy in this story though the reader knows that Lenard and Jason do have a sexual relationship.

The person responsible for Jason’s murder (and that of his family) is eventually caught after a bit of violence.  I kept wondering how the author was going to make things work at the end with Lenard and his ghost but when it is done, it is done well, considering. I only wish the ending would have had a little bit more (or perhaps an epilogue) added.

Overall, a nice story.  I will definitely be reading more by this author.