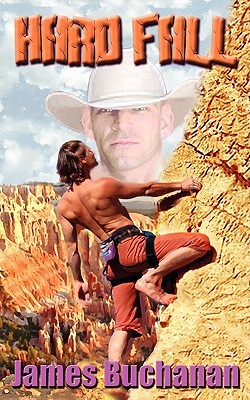 Gee this was an interesting and good read, full of great words, with much research and facts thrown in. There’s heaps of reviews out there that have the book covered; just some of my thoughts.

I really like Joe, he’s a good man. Believed in God, even though he knew that (people within) his religion would not approve of who he was. Joe’s narrative is littered with his love for God’s creations – people, nature. I totally respected Joe’s outlook, not just paying lipservice to being a Christian. I also loved Joe’s vernacular, I found it incredibly charming.

Kabe was harder to get close to; It is Joe’s POV after all and a lot of this book is spent in Joe’s mind, with lots of inner observations. Having said this, he was someone Joe was looking for, a person he could share the love of rock climbing, fulfilling sex, live a country lifestyle with, and for Kabe Joe was someone who genuinely cared about him. Kabe was supportive and loyal of Joe, can’t ask for much more I don’t think.

Loved the quick pace to the writing, it was minimalist and concise, much like the characters themselves. I also thought it was blokey and I liked that too, as it was 100% character appropriate. It wasn’t a female’s version of gay; Joe was a masculine, outdoors man, with actions and thoughts that went with that, there was a warmth there but with a no-nonsense persona. Kabe was young, lean and wore tight rock climbing shorts and tighter jeans, but still flew under the gaydar.

I liked the fact that the Mormon religion is also clearly shown as an all encompassing lifestyle, and Joe had been inculcated with the Mormon philosophy –

‘But it’s drilled into you from the time you’re taken in as an adult into the Temple, – don’t show it at all (be modest). Never, not even the sleeves, not the edge of the neck under you shirt. Like a horse that gets zapped every time it touches an electric fence. It learns to shy away and soon you don’t even need the fence no more….it just won’t go near the spot, the habit’s so deep.’ I liked that even though his belief was strong he had accepted he was born gay, couldn’t change that. This set up conflict within him, but not over the top, there’s a hint of optimism, but Joe’s nothing if not a pragmatic man – ‘I know. I know. Gay and Mormon don’t cohabit very well. The Church has been wrong on other stuff, seen the light and changed their ways…I’m hoping they’ll see the light on this issue. Can’t say I’m holding my breath, though. Let’s face it…God made me this way. The same way he made me a blue eyed blond with a receding hairline at 20. – I don’t have any choice in wanting another guy’s meat. If I coulda chose different, dear God I would have. I don’t need the load of baggage trying to justify my faith with my body. A simple life with Molly Mormon and a passel of kids would have been so much easier.’

I liked the relationship between Joe and Kabe, it was paradoxically complicated yet simple. Where they lived, the religion made it complicated. The men themselves made it simple, love one another, have sex, with a bit of mutually satisfying kink, go rock climbing and enjoy each other’s company.

For me, I wasn’t so keen on the rock climbing aspects of the book – the equipment and terminology – whilst incredibly descriptive and seemingly knowledgeable, it bored the tripe out of me. I kept waiting for those bits to pass, that may be very closed minded of me, but it just didn’t grab me. However, the walk through the Mormon religion was incredibly fascinating.

Hard Fall is a very good and, I think, quite original book that I thoroughly enjoyed and would recommend in a heartbeat to those wanting something M/M but a little different.