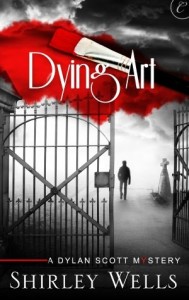 A nice mystery about a married private investigator who is hired by his former lover to investigate the murder of her estranged sister.

When I initially requested this book from the publisher, I was not aware that it was number five in a series.  One, I never would have requested it having not read the first four books.  Two, I am not big on series in general so it is not likely that I ever would have picked up this book in the first place.  I needn’t have worried because this book is a perfect stand-alone.  Never, at any time while reading, did I feel that I missed anything.

Dylan Scott is a private investigator.  He is a former detective who was forced off the force.  He is married and has two children.  His practice is doing okay.  Not great but he and his family are not starving. He is happy in his marriage and is a good father to his children.  He is surprised one day when Maddie, his former lover, shows up in his office to hire him to find out who killed her sister, Prue.  The police investigating the murder are convinced that Prue surprised a burglary in progress and accidentally fell down the stairs to her death.  Maddie doesn’t believe this and later, neither does Dylan.  Nothing was stolen from Prue’s home even though there was money left out in the open.  On further inspection a rare, miniature painting is found hanging on Prue’s bedroom wall.  So rare in fact that no one knew it existed.  The painter is extremely well-known and had been killed months earlier in France.  Every piece of art with his name on it is worth tens of thousands of dollars… more so since his mysterious death.

Dylan embarks on a journey to not only find out who killed Prue but to solve the senseless murder of a teenage boy that seems to be connected.  Everyone is a suspect, from Maddie to her husband and business partner to even the ‘dead’ artist.  There is a creepy landlord, a wine bar owner who is obviously not on the up and up, and various other characters that Dylan meets along the way.

Maddie may have hired Dylan to find the person (or persons) who killed her sister but she has ulterior motives. Motives that become clear almost immediately.  I found myself wondering throughout the book if Dylan would go there.  That is a killer for me in books so I was hesitant to keep reading wondering how and when that particular situation would play out.

The mystery of who the murderer is was pretty obvious early on but not so obvious that I was not willing to continue with the book to see the resolution.  I was correct in my assumptions and even the reasons for why it happened. While that did not detract from my enjoyment of the story, the quick resolution did.  I ended this book feeling like I missed a few things.  I needed more details.  Also, Maddie is a horrible human being.  This is evident from her first introduction.  The author tried to make her out to be somewhat more human at the end.  I did not see it nor did I appreciate the suddenness of it.  She loathed her dead sister (her words, not mine) and made this clear every time she spoke and by her actions.  For the author to throw in a traumatic childhood incident with Maddie at the end that made her feel what she did for her sister?  No. That did not work for me at all.  Nor was I thrilled with Dylan’s actions on the final pages of the book.  It (again) left the question of whether he would go there in an upcoming story.  There is also something that happens with Maddie and Prue’s father that I felt was literally tossed into the story for no real reason.  Had something in the book hinted at this, I might feel differently.  Because it came out of left field, I don’t.

Overall, this was a good read.  The mystery was written well even if I knew who the killer was early.  The characters are all written well. Maddie is the ultimate character that one loves to hate.  Again, I am disappointed in how her character played out but the rest of it (her actions throughout the book) were perfect.  There is a bit of (not so) mystery when it comes to the famous artist.  All of the secondary characters are great, from the jerk landlord to the former investigator (Frank) who helps Dylan investigate.  Had the last few pages been written differently, I would have called this an outstanding book.  Those last few pages make me say it was simply good.

My first by this author.