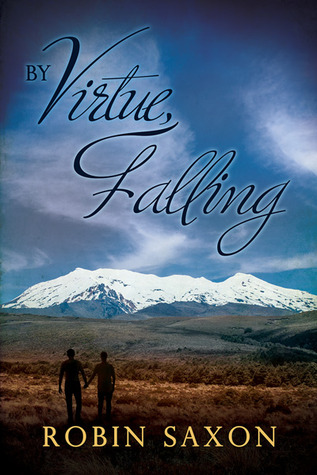 For the last ten years, James Mitchell has conned numerous groups by impersonating a religious guide. No longer able to take the guilt of scamming people, he decides to call it quits. A trip might be the best way to heal his bruised soul, and New Zealand looks like the perfect place.

Under one of the oldest trees in New Zealand, James meets Tāne Kokiri, a woodworker traveling the length of the country to scatter the ashes of his recently deceased mother. After several accidental meetings, they decide to road trip together. Among the mountains of the West Coast and the plains around Ruapehu, they begin to connect on a level neither of them expected, and discover they may have found what they need to move forward in each other.

James Mitchell has spent the last decade as a con man. Having denounced religion, he felt zero guilt about pretending to be a religious guide. He has made a large sum of money during this time and after the way the church treated him when he came out of the closet? He felt that what he was doing was justified. He didn’t stick with impersonating religious guides from just one religion. Oh no, if there was money to be scammed he would become whoever the paying client wanted him to be. Until a few weeks ago. This was when the guilt for what he had done hit him full force. Deciding to get away from his home – and his problems – in Dallas, he got a visa and was on a plane to New Zealand. With no specific destination in mind once he got there, he planned to spend the next few weeks wandering around in hopes of finding peace.

Not long into the country, James makes a stop next to one of the oldest trees in New Zealand, the Tāne Mahuta. There, he meets Tāne Kokiri, obviously named after the tree. A few words are spoken but after a couple of obvious lies in regards to what James does for a living, Tāne takes his leave and that’s that, leaving James feeling even more guilt for the person he had become.

Tāne is mourning the loss of his mother. Over a period of weeks, he is making his way to some of her favorite places in the country to scatter her ashes. This is what he is doing when he meets James Mitchell. It’s obvious to Tāne that James is hiding from something but after a bit of awkwardness during their first meeting, he leaves with the thought of never seeing the other man again. Only fate has other ideas.

Wherever James goes, Tāne seems to be. After the third coincidental meeting, it is decided that the two men will take a road trip together so that James can see the sights and Tāne can carry on his mother’s final wishes. It doesn’t take long before James is spilling his guts and telling Tāne his story. For some reason, Tāne doesn’t run off or openly judge James. He can see the guilt in other man’s eyes and decides to give him the benefit of the doubt. A quick friendship is born and James finds himself relaxing for the first time in a very long time, only that doesn’t last long. James may have run from his problems in the states but they are still there and are in the process of coming full circle. Victims are coming out publicly and James has even made the international news. He knows at some point he will have to go home to face the music but in the meantime he will enjoy his time in New Zealand with his new friend. Only the friendship becomes more over time and James knows he must make amends in America so that he can come back to be with the man he has grown to love.

The characters in By Virtue, Falling are all entertaining. I will say that no matter what James did to atone for his previous actions, I had a hard time liking him even later. The author wrote his guilt well and it’s obvious to the reader that he really does feel remorse for all he’s done. However, I couldn’t bring myself to like him very much. Tāne, I loved. Pretty much what you see is what you get and he comes across as a very kind, forgiving person.

Then there are Tāne’s father and sister, Hemi and Huia. Hemi, his father, is not a likable person in any way, shape or form. I disliked him immediately and that didn’t change as the story played out. It look a little while for me to warm up to Huia but I did eventually.

This book is very descriptive in regards to New Zealand, its cultures and religions. This is written well.

Tāne and James are a nice couple but don’t go into this book expecting a hot and steamy romance. If that’s what you are looking for, you won’t find it in By Virtue, Falling. There is a quick friendship that slowly builds up to a relationship over time. The “L” word is spoken but the center is James trying to come to terms with his mistakes of the past, not necessarily the love story. He must reconcile the James of now to the James of before and he has to right a lot of wrongs before he and Tāne can ever hope to have any type of relationship.

Overall, a nice story. I enjoyed the slow build of the relationship and I learned quite a bit about New Zealand. James does make amends at home and there is hope for a happily-ever-after between him and Tāne. My only issue is that I wish there would have been a little more intimacy between the two men. While I understand the reasoning behind waiting, I felt that to be a little unrealistic considering the ages of both men (mid thirties). Otherwise, an entertaining read.

New Zealand, eh? Beautiful country, beautiful backdrop for the story. Do you feel like an honorary Kiwi now after reading something about the country? I could put my Aussie vs Kiwi jokes on here….but I will save us all and not do that 🙂 Nice review, Cindi. It is a lovely cover!

You know, I really do. I want to go to some of these small towns that are in the book. While reading about them, I would sit here thinking “Oh wow… that would be an awesome place to just sit and read” or write or whatever.

Thanks! You can do your Aussie vs. Kiwi jokes. I’ll pretend to have a clue what you’re talking about. hehe!