Hi, I’m JL Merrow, and I’m delighted to be here today as part of the blog tour to celebrate the release of Wake Up Call, the first of my contemporary MM romances in Riptide’s multi-author Porthkennack series.

About Wake Up Call 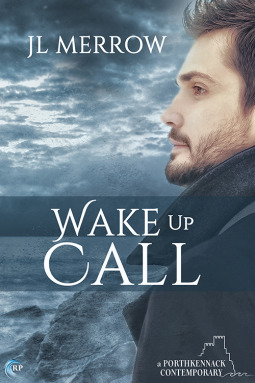 South London mechanic Devan Thompson has gone to Porthkennack to track down someone he’s been waiting all his life to know. But Dev’s distracted from his quest by Kyle, a broodingly handsome local of only a few months, who’s already got a reputation as an alcoholic because of his strange behaviour—including a habit of collapsing in the street.

Kyle Anthony fled to Porthkennack to escape from the ruins of his life. Still raging against his diagnosis of narcolepsy—a condition that’s cost him his job as a barrister, his lover, and all chance of normality—the last thing he wants is another relationship that’s doomed to fail. But Dev’s easy-going acceptance and adaptability, not to mention his good looks, have Kyle breaking all his self-imposed rules.

When disaster strikes Dev’s adored little sister, Kyle steps up to the plate, and Dev sees a side of his lover he wasn’t prepared for: competent, professional—and way out of Dev’s league. With one man determined that they don’t have a future, and the other fearing it, life after Porthkennack is starting to look bleak for both of them. 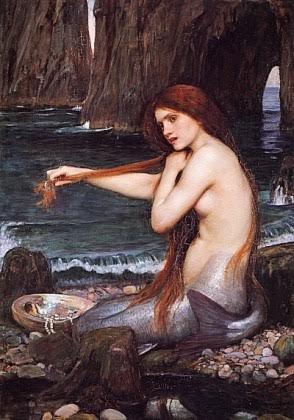 JL Merrow is that rare beast, an English person who refuses to drink tea. She read Natural Sciences at Cambridge, where she learned many things, chief amongst which was that she never wanted to see the inside of a lab ever again. Her one regret is that she never mastered the ability of punting one-handed whilst holding a glass of champagne.

She writes across genres, with a preference for contemporary gay romance and the paranormal, and is frequently accused of humour. Her novella Muscling Through is a 2013 EPIC ebook Award finalist. She is a member of the UK GLBTQ Fiction Meet organising team.

To celebrate the release of Wake Up Call, one lucky winner will receive a $20 Riptide credit! Leave a comment with your contact info to enter the contest. Entries close at midnight, Eastern time, on April 22, 2017. Contest is NOT restricted to U.S. entries. Thanks for following the tour, and don’t forget to leave your contact info!

Thank you for the post. I’m wishing you all the best with the release!
humhumbum AT yahoo DOT com

Congrats on the release, the series sounds spectacular!
legacylandisa(at)gmail(dot)com

I loved this book! violet817(at)aol(dot)com

So chuffed to hear you liked it! 😀

Congrats and thanks for the post. It sounds like a great story, as does this new collaborative series. I love when a book takes me places where I haven’t been, as well as deals with topics I can learn more about, like narcolepsy. –
TheWrote [at] aol [dot] com

Thanks – and you’re welcome! 😀

Hope you enjoy it! 😀

Every story from this collaboration sounds quite interesting. I’m so definitely looking forward to reading them all! Congratulations to all the collaborators. Let there be much success.
Thanks for the chance at this very interesting book!
taina1959 @ yahoo.com

You’re definitely in for a treat with all the other books – and thank you! 😀