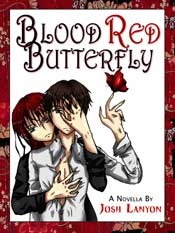 A police detective falls for the alibi witness of the man he is trying to put away for murder.

*** Note that this review would be considered one huge spoiler.  Unless you are interested in having the entire story and resolution ruined for you, do not read this review. ***

Homicide detective Ryo Miller is investigating the murder of an elderly woman.  He is convinced that gang banger Mickey Torres is the person responsible because the woman had been the sole witness against him in a case years earlier that put him in jail for ten years.  Ryo is convinced of Torres’ guilt and will stop at nothing to put the man away for life.  The only problem is that Torres has an alibi.  He claims to have spent the night of the murder with Kai Tashiro, a popular manga artist.  Kai is squeaky clean. He has no record beyond an old speeding ticket. He pays his taxes and his bills on time.  By all rights, he is a model citizen.  A model citizen who is giving a murdering gang banger an alibi.   Ryo is obsessed with pinning the murder on Torres. He is also obsessed with Kai, a man he had tried to pick up at a gay bar three times previously and was shot down each time.  Ryo does everything in his power… even having sex with Kai… to get Kai to change his story.  One night of angry sex turns into a serious obsession for Ryo.  It’s not just sex for Ryo and it’s not just the murder investigation. He wants more with Kai.  He wants a relationship.  A relationship doesn’t seem to be in the cards as Kai is continuing to have sex with Torres… one time only a day or so after he and Ryo had hooked up.

This started out as a really good story.  Imagine Ryo’s surprise when Kai shows up at the station with an alibi for Torres.  Kai is the man who has shot down each and every play at a gay bar previously.  Kai doesn’t seem to remember Ryo but that doesn’t matter.  Ryo still wants him even though he is alibiing the man who Ryo is convinced murdered an elderly woman.  Kai’s story never changes.  He is adamant about spending the night with Torres the night of the murder and there is no way the man had left during that time.  Kai suffers from insomnia and would have known if Torres had left for a little while to commit the murder.  There is no shaking the alibi no matter what Ryo does.

Ryo and Kai hook up a few times but I never felt that it was anything other than angry sex most of the time.  Torres is still in the picture (with Kai) during all of this so I didn’t feel that the Ryo thing was anything more than hook-ups. Kai claims that Torres means nothing to him but yet he has had sex with him… with Torres spending the night at Kai’s place… at least four times.  That looks like more than just random hook-ups but that’s just me.

There is a little bit of a back story with Kai that I felt was not truly realized.  A few things are mentioned in order to make it part of the story but I felt that I missed more than I learned about that particular situation.

Ryo claims (in his head anyway) that he loves Kai early on. To me, it looked to be more of an obsession with the Ice Princess (dubbed by Ryo when he was rejected all those times before) because the man had turned him down.  I never felt any of what Ryo was supposed to be feeling.

Then there’s Kai.  Kai keeps hooking up with Torres even after he and Ryo have hooked up.  At one point each man (Kai and Torres) are sporting black eyes so it’s obvious that the two men were in a fight with each other.  Why? What caused the fight?  Was Kai trying to end things with Torres?  Is that why they ended up exchanging blows?

Torres shows up at Kai’s when Ryo is there.  Torres is not allowed into Kai’s home but Torres suspects there is another man there.  Torres wants more than just sex with Kai and this is obvious by his reaction when he shows up at Kai’s place.  He gets shot down by Kai then Kai and Ryo argue only for Torres and his gang banging buddies to show back up for a shoot-out.

And now we get to what bugged me the most about this book…….

There is a shoot-out.  Men die.  Kai is saved.  Then nothing.  It jumps from the end of the shoot-out to a year later. Nothing in between.  This really bothered me.  I don’t like when books jump ahead as this one did with hardly any information for the reader in regards to what happened during that time.  I wanted to know what happened to Kai and his family issues.  What happened to Ryo (who lost his job over his relationship with a witness)?  Why not give the reader details in regards to the 12 months in between the time of the violence to the two men seeing each other again?  A year.  I could understand maybe a month or two but a year?  That did not fly for me and pretty much killed any love I may have had for the story up to that point.

I never saw any type of relationship between Ryo and Kai other than sexual before the year gap.  Then suddenly twelve months later they see each other again and they go on to live happily-ever-after?  That so did not work for me.

Overall, this story was okay.  I do not like stories that leave questions unanswered and this one did.  I do not like the flash-forward in books where large amounts of details are missing.  I want my happily-ever-after and I want to see what leads up to it.  Would my lack of love for this story prevent me from reading more of this author’s work? No.  I’ve read others that I have enjoyed.  Had this been even twenty-five or so pages longer I may have enjoyed it more.  Unfortunately because I feel that enough time was not given to the characters and the story as a whole, it did not work for me.