Thanks for stopping by to help me celebrate my latest release, Gnarly, a long novella, which is part of Dreamspinner’s World of Love collection. The setting for this story is San Sebastian, a beautiful seaside town in Northern Spain (Basque Country). Those of you who know me are aware my mother was Basque. I still have many relatives in that part of the world and visit as often as possible.

Gnarly is a standalone. The only similarity to my other series featuring a Basque character (Loving Edits Series) is that it’s m/m/m. There’s something about the area that compels me to write polyamorous relationships. I’m not certain why. My best guess is the overabundance of eye candy. I had the opportunity to spend six weeks in San Sebastian—Sanse as the locals call it—last summer, and left with a small arsenal of plot bunnies.

Basques are passionate about cooking and eating. Since they’ve been fishing in the Northern Atlantic since the eleventh century, the catch of the day has always provided nourishment for their people. Salt cod, bacalao, is a staple, and my ancestors are masters at turning this salty fish into something sumptuous. Today, I’m sharing a recipe for Bacalao a la Vizcaina.

Before we move on to the recipe and short excerpt, I’d like to thank the wonderful ladies who run On Top Down Under for hosting my blog tour visit and my publicist J for her excellent help in organizing everything. 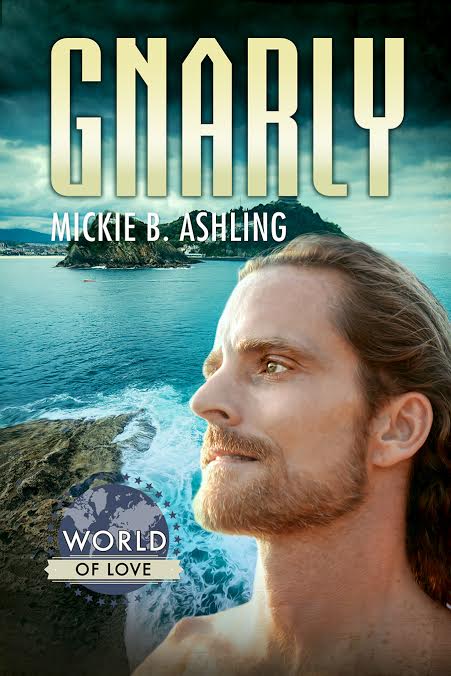 Dr. Ed Hollingsworth, widowed for five years, returns to San Sebastián, Spain, after a thirty-year absence. He seeks out his first and only male lover, pro surfer Javi Elizalde.

After surviving a near-fatal shark attack, Javi turned his back on the sport he loves and became a recluse.

Iker Lizaso, professional jai alai player, finds himself at loose ends now that his contract has expired. Forced to retire at thirty-eight, he returned to his home in the Basque Country to figure out what to do with the rest of his life.

Three different men, encumbered by their past, converge in a city famous for its food, summer festivals, and romantic promenades. Can they find happiness together? It’ll be difficult, maybe even improbable, considering their backgrounds, but Cupid’s arrow usually hits the mark, and this particular strike might be epic.

Ed stood in front of the full-length mirror, unsure why he was primping for a lunch date. Javi had seen him at his worst that morning, and his opinion wasn’t going to change if Ed’s outfit was subpar. Nonetheless, he wanted to look good. This was their first date in three decades, a one-on-one in a public venue, which would allow them to sift through the misunderstandings amicably.

Ed had disrespected Javi by ignoring him all these years. Now he wanted to show him that his good opinion mattered, and dressing up instead of down would also prove his interest hadn’t faded. Javi might be a gnarlier version of the man he used to be, but Ed was still attracted to him. Adding a few spritzes of cologne as a finishing touch, he exited the apartment and walked briskly toward Javi’s place.

Apparently they were of similar minds, because Ed took one look at Javi in his mint green short-sleeved shirt and beige pants and knew he’d dressed for a date. The color of his shirt worked perfectly with his hazel eyes and deep auburn hair. He’d trimmed his beard and shampooed, leaving the longish locks to dry in soft waves around his face. Ed tried not to stare at Javi’s legs, but he did see one boat shoe stick out of his pants instead of his usual flip-flop. The other pant leg hung empty, a painful reminder of his recent altercation with fate.

Javi smirked. “You too.”

“Where are we going?” Ed asked.

“Have you eaten at Saltxipi?”

Ed wanted to offer his arm but hesitated. Javi might resent the implication and Ed preferred to keep things on an even keel, so he slowed his pace, letting Javi take the lead. They didn’t have too far to travel, and when they got to the restaurant, they were greeted by an older gentleman who recognized Javi immediately.

Javi returned the greeting, allowing the brief hug and thump on his back. “Thank you,” he replied. “How are you, my friend?”

“Everything is going well. Are you both staying for lunch?”

“Yes. Would you find us a quiet corner?”

“Absolutely. I have just the right spot.”

Settled in an alcove, they ordered a carafe of wine and a few appetizers to start. For the main dish, Javi requested paella, which would take about thirty minutes to prepare, giving them time to chat. Raising his glass, Javi toasted, “Salud.”

Win a $10 Dreamspinner Press gift card! Contest open internationally. Must be 18 or older to enter.

It’s always a pleasure having you stop by, Mickie. Congrats on the new release!

Even though I’ve had a lot of lackluster dried cod in my life, this recipe sounds delightful!

I hope you’ll give this recipe a try. It’s good!

I’m loving all these interesting recipes. Although each post does make me hungry (or thirsty in the case of the sangria one).

I know! I miss the food from that region.

I enjoyed the excerpt I see Ed and Javi both deciding to dressing for a date interesting! Thank you for the recipe too.

Dressing up to socialize is expected in that part of the world.

Thank you for the recipe and the excerpt! Congratulations for the book release 🙂

You’re welcome! Thanks for stopping by.

Congratulations for the book release and thanks for the excerpt

I’ve never had it. Thank you for the recipe. Good luck with the release =)

I enjoyed Ed and Javi’s reunion date and also like the recipes you have shared. This one seems like it would be light but still filling.

It’s quite good. Thanks for stopping by today.

Guest
Give A Rose

Oh, goodness. I haven’t had Bacalao a la Viscaina in eons! Such a delicious dish. Need to make it soon since it’s so easy and delicious!
Much success to you, Mickie.
Salud!

Congrats and thanks for the post. I’d love to visit Spain, and I can via your story, and the polyamorous relationship sounds intriguing.

congrats and enjoyed the excerpt

Thanks for the recipe & excerpt!