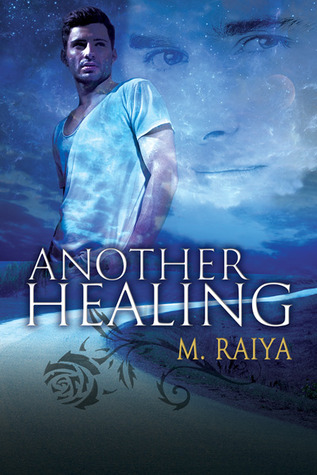 Another Healing starts with James Brighton at the scene of an accident – a logging tractor has been involved in a crash. James checks the truck driver and makes sure he is okay before noticing that there is a car underneath. When he sees the driver of the car he realises he has a broken neck and internal injuries and the driver is going to  die. But James is a healer. Although he says he is a doctor he works in different ways. He can lay his hands on someone and direct energy to where it is needed and heal things that conventional medicine can do nothing about. James ‘fixes’ the young driver’s neck and helps with some internal injuries while waiting on the EMT’s to turn up and do the rest. The thing is, every time James heals someone he falls in love with them, man or woman, it doesn’t matter the gender. He has never acted on his feelings before because he learned as a young man that the feelings can seem stalkerish and the people very rarely remember him as they are in a trance like state during and after the healing. His feelings of attraction are never reciprocated. But he can’t get the young car driver, Ambient, out of his mind.

Against his better judgement, James turns up at the hospital a day after the

accident just wanting to see Ambient. Needing to see him. He is drawn more to him than he has been to any other person he has healed before. While sitting outside in his RV Ambient is coming out of the hospital – James has done a good job of fixing the young man – and he comes straight over to James.  To James’ surprise, Ambient remembers him. More than remembers him, he is attracted to him.

Ambient is twenty two, and he plays guitar. He wants to make it in the music industry and he is on his way to Canada for a singing job when he basically dies in the crash in Vermont. James offers to take him to Canada as he lives in his RV and trailer and he travels constantly – he can never stay where he has healed someone, being able to get away quickly is necessary. The more difficult the healing, the stronger the feelings of attachment he has and the more it affects him emotionally and physically.

Long story short, James falls for Ambient, it is expected after the healing, and a pretty big one at that, but as he discovers quite quickly he isn’t attached or attracted to anyone else when he heals them after Ambient comes into his life.  Why is that? It has never happened before, he always falls for the next person he heals. Ambient falling for James is another first. James has never been in a relationship, physical or otherwise, before Ambient. This is new and unchartered territory. It is insta-love, but the story does qualify it well as the book progresses. 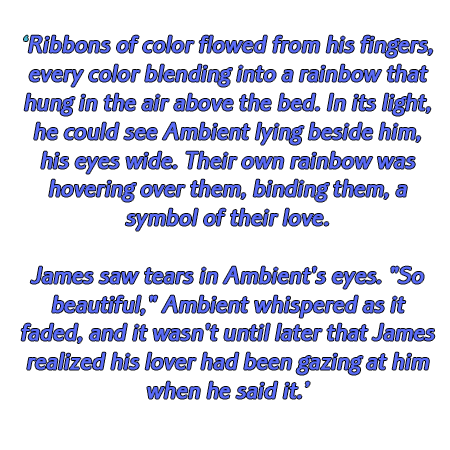 James shares his story with Ambient, they have now been intimate and James feels he owes him and he can trust him. Ambient wants to know “what” James is. Why he can heal, amongst other things I won’t go into.  One thing is sure, James is pretty talented and seemingly unique. Or is he? On the journey they start to realise that maybe Ambient has some talents of his own and this may explain the connection they feel at a soul-deep, and also philosophical level. So they decide to visit family to start at the beginning, but things derail the best laid plans and issues arise that put them and others they love in jeopardy.

Another Healing was a hard book for me to rate. The reasons are that some things needed a leap of faith to believe and, at times, the book got bogged 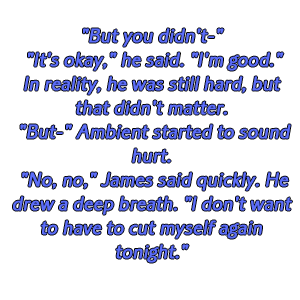 down in minute detail, like too much detail of people and houses. But there are some lovely words and sweet actions between the characters, things that made me love James, in particular, and made me think, awww. There is a constant theme of James’ love for Ambient’s rosebud tattoo. At the very heart is a lovely concept of not being judgemental and helping others. The characters really made this book for me. I loved their love. I also enjoyed the other-worldly aspects and the premise, it was something just a little different. I must also say that there are some dark moments in the book, mostly towards the end, but James does have to cut himself to take away the physical discomfort from emotional overload. Just know that it is there.

Another Healing will appeal to those who like a (mostly) sweet contemporary romance with a bit of a mystery and paranormal/magic themes. If you want something different and nice characters who aren’t alpha and standard fare, then this could be just right for you. A very nice book with a very caring heart.

ARC received from Dreamspinner Press in return for an honest review.

Another one for the sweet me. It is there, hidden in my darker recesses. 😀

This looks like a nice story. I can tell that I would love the sweetness and paranormal aspects of it.

Great review. I love the quotes.

It is a nice story, Cindi. It was a little different and that’s okay by me.