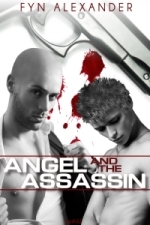 A brutal assassin.  A witness to one of his hits who has daddy fantasies.  A very odd relationship develops between the two men who must fight to keep one alive.

Kael Saunders is a paid assassin.  He goes in, makes the kill and moves on with no remorse or conscience.  He does his job and he does his job well, never leaving witnesses.  If someone witnesses a hit, they are eliminated without thought:  collateral damage.  He also has sex with some of the victims before the kill….. but only if they are willing.  The victim never suspects that the man taking him from behind is about to end his life.

Angel Button is not supposed to be at his stepfather’s home in Cape Cod.  His mother has run off with a new boyfriend to France,  leaving no forwarding address or any information for Angel.  She not only abandons her horrible husband, she abandons her 18-year-old son without thought.  On Angel’s 18th birthday, he witnesses the hit on his evil stepfather.  He is spotted by the killer and runs upstairs and ‘hides’ (*TSTL!) in the shower.  Of course, he is followed by the hit man (Kael).  Instead of killing Angel for witnessing the murder, he lies to the boy and tells him that he’s safe. Then he has sex with him.  Instead of following through on eliminating the witness, Kael takes the boy back to England with him.  What follows is one of the most screwed up relationships I’ve ever read.

There are a million reasons why I should hate this book.  Kael is one of the worst characters I have ever seen.  He is truly a horrible human being.  He keeps a diary detailing his life in the event anything should happen to him.  He describes bullying at the hands of his former classmates and what he does in retribution.  He goes beyond punching back.  He’s a brutal bastard and he does something that is so horrible to one of his classmates … something that normally would have made me stop reading on the spot.  For some reason, I kept going.

A lot of people enjoy the daddy stuff in books.  I will honestly say that I am not one of them.  The word daddy is used 403 times in this book.  I know this because of the nifty search feature on my Kindle Fire.  I learned to overlook it after awhile (I pretty much had to) but I have to say that it was extremely annoying to me.

Angel is naive and immature.  Granted, he’s only a teenager but there are times when he acts much younger than even his 18 years.  At one point, he is asked by Kael why he wears his hair a certain way (blonde, in spikes) and he explains to Kael that he wears it that way because of Cloud Strife from The Advent Children and because he looks similar to the character.  My knowledge of video games consists of sports, war and car games so of course like a dummy I Googled Cloud Strife from The Advent Children.  Big mistake.  I was already seeing Angel as a little boy, not just in appearance but in his immaturity as well.  Seeing the picture made me think of him as a 12-year-old.  I had to get that picture out of my head or I never could have finished the book.

Angel falls for Kael… fast.  And the strange thing is that Kael falls for Angel as well.  He keeps this to himself because he wants to remain in power in the relationship and he sees love as a weakness.  When he finally decides to tell Angel his feelings, an argument ensues before he has a chance and Kael takes off and does things (that pissed me off) to get Angel out of his head.  What he comes home to is perfect.  I found myself cheering for Angel at this point.

Angel is immature but he’s very intelligent.  It takes awhile to see this but the reader does see it.  He’s his ‘daddy’s slave boy’ but apparently he is so much more.  Somehow… some way…. the relationship between the two men works.  There are bad men (in the organization where Kael works and men who worked with Angel’s stepfather) who are eager to see Angel eliminated for different reasons.  Kael must work diligently to keep Angel safe.

Everyone wants Kael sexually.  Seriously, everyone.  Gay, straight, whatever.  If he and Angel go out, the good looking twink (Angel) is not noticed.  Kael is.  Everyone from his married (to a woman) boss (there’s a big story behind him) to the waiters in pubs.  Angel is not noticed. Only Kael.  I felt like I was reading a Mary Calmes book at times.  If you’ve read that author’s work you are aware of what I am referring to. Otherwise, I will say no more on that as I am not dissing her in any way. 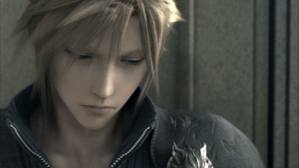 Even with everything I just mentioned, I really enjoyed this book.  Shocked?  Me too.  I should have hated it.  In fact, I should have stopped reading it only a few pages in.  I didn’t and I am glad.  This effed up relationship worked somehow. I never did start liking Kael (in any way) but Angel grew on me as did the story as a whole.  I will now immediately jump into the second book because I want to see where these guys go next.  There were a few things left unfinished and I have to see how they are resolved.  I am a huge fan of books where the main characters have a substantial age difference.  The 14 years between Kael and Angel would have been right up my alley had Angel not acted so much like a child. Regardless, I loved (after awhile) Angel and I found my heart breaking for him many times throughout this book.  Even when certain things came out about Kael, I did not have any sympathy for him.

* TSTL – Too Stupid To Live – the character in a book or movie who does stupid things when a killer is chasing them or when they are otherwise in danger.