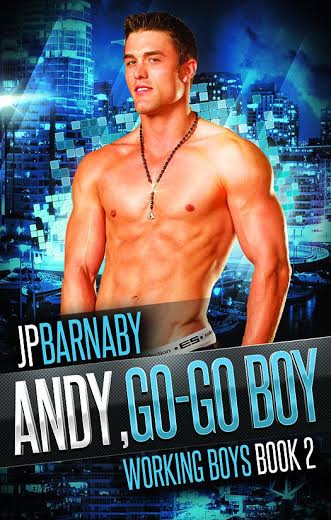 Thank you J. P Barnaby. My blog partner and I love Italian men. Stefan gives me an excuse to add some nice Italian men to the review.

Andy Finnegan is a six foot three brown-haired, blue-eyed, Mack f*cking truck. A former marine who spends his nights dancing for your entertainment, he has a dark side hiding beneath the beautiful veneer.

Sweet little Stefan is awestruck by the big, gorgeous dancer with the rock hard abs and the lonely eyes. Determined to see what lurks behind the perfect surface, he gets a little more than he bargained for.

The blurb says a lot. I’ll just add some thoughts and some pictures. Andy is

Andy has learned to bury his feelings and erect some walls to make things tight and neat. Plenty of guys to fuck and no connections formed.

“I think I’m going to hit the sauna,” Andy said, which every gay man knew was universal code for “follow me and come get some.”

And that message is picked up loud and clear at the gym by two guys.   Mmm, hmm, one guy getting fucked, another watching – no connection, just fucking things out of Andy’s system.

Thing is, Andy may have plans, he may feel like he is in control, but he doesn’t count on other circumstances making things more complex than 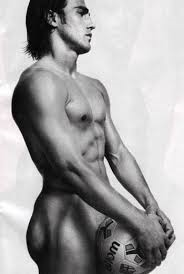 What he wanted was for it all to stop.

Stefan is a lovely character. He’s an Italian student who has been coming 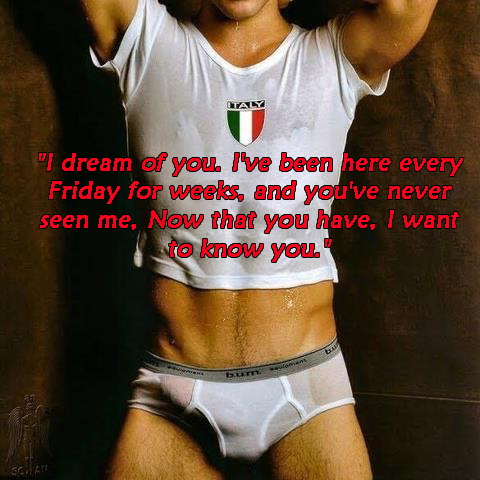 into the bar for weeks and watching the sexy Andy dance unnoticed. This time Andy does notice him, and once he does, Andy is hooked. There has been a few things going through his mind and seeing Stefan raises them to a more conscious level. Stefan is a nice character and they make a good pairing. The sweet but sure student and the inwardly insecure but outwardly big, strong  ex Marine. Stefan definitely reads Andy to a tee –

“Up on stage, you play it up for the people, but underneath, you look sad. I’ve been here every Friday for weeks, and it’s always the same. How can someone so beautiful look so lonely?”

But there are reasons, and while this is a short novella you get the gist. I hope J P Barnaby expands on this pair one day.

This was such a good read. Short at 44 pages, but it packs a lot more in than the page count would suggest. Andy is well fleshed out – taking into account that this is romantica – and goes from someone I felt appeared narcissistic in the beginning to someone with doubts and genuine reasons to appear outwardly one way and inwardly another. Struggling to make ends meet, with a good heart. Stefan was definitely interesting and sweet. This is the second book in the Working Boys series and I liked it even more than book #1, Charlie Rentboy. Highly recommend for those who love a short, sexy, romantica.

Yes, you and your blog partner definitely do love Italian men.

The GIF and photos are hot. I adore Stefan and I haven’t even read the book. I can tell I’d totally love this series. Added to my ever-growing TBR.

Good, sexy reading, Cindi. You need to read it because, you know, an Italian guy.

I’m on it. I now own both and will be all over them soon.

Oh, how I do love Italian men. My husband knows this and accepts it.

(Not that he has a choice… lol)

I support your Italian love. That’s right. Never give them a choice, lol

I”m not sure which I liked more – the review, or the pictures that went along with it. I was a huge Travis fan back in the day… (Travis is the bottom in the animated gif). Also, I am incredibly thankful for my Italian readers who helped me with the little phrases that spill out of Stefan’s sweet mouth when he was too aroused to remember his English. 😉 Seriously, though – thank you so much for taking the time to read and review Andy. He’s very special to me.

It was a joy to read, and I read the dedication at the beginning.

You are incorrigible, Jay. That must be why you pop on here