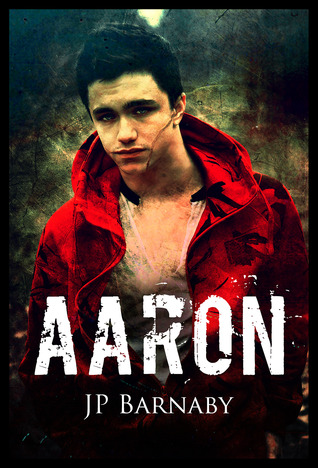 **READER WARNING. THIS IS A FULL REVIEW AND IT DOES CONTAIN  SPOILERS**

First of all I will mention here, as I have with other books, this is a story about trauma. One of the protagonists has lived through a brutal rape and torture. There are flashbacks, here and there, to bone-jarringly difficult moments revealed via dreams and therapy. If this could be a trigger for you, think about how much you wish to read this book. It is a good book, tackling a real issue, and it is sensitively written, but I feel it needs to be mentioned in my review, as it will not be for everyone.

Aaron has lived through an extremely traumatic event where his best friend was raped and murdered. He was also tortured, raped and scarred horrifically, both physically and emotionally. This all happened two years prior. Aaron (and Juliette’s) attackers have never been caught. Aaron is 18 now, wishing he hadn’t survived, feeling responsible for putting his family through difficulty with his severe PTSD, and is isolated in every sense of the word – physically, emotionally and socially. He also lives in fear, including the terror that the attackers will turn back up, harm him or someone else.

When we start this book, Aaron has recently graduated from high school, via home schooling with him mum. Aaron’s mum, Michelle, has been his major lifeline after the events two years ago. Aaron’s family consists of his mother, father and two younger brothers, Allen and Anthony. Everyone in the family is living a tense life. Many things trigger Aaron’s PTSD – he can’t be touched, he doesn’t like rainy days, won’t go out if it is inclement weather, he panic’s that someone will hurt him, his family, has terrifying dreams, suffers survivor’s guilt, and has a laundry list of failed therapy attempts behind him. His senses are dulled by anxiolytic’s, and other medication. Aaron’s father is at a lose end to help and one night suggests to his wife institutionalising Aaron, which Aaron overhears, and now he is frightened of being put away. So when Aaron’s mum suggests college, and it can’t be online, Aaron decides to give his family some hope and go college for an IT course. Although he feels he will never be employable, he wants to give his mum and dad something to hang onto, to make them feel he’s ‘normal’ somehow.

Spencer is deaf, his father has been a pre-eminent clinical psychologist, but due to litigation of his partnership practice, he now drinks too much, and is not living up to his full potential. Spencer and his father have each other, as Spencer’s mother died in tragic circumstances, leaving Dr Thomas to raise Spencer from infancy. Spencer ‘talks’ to men online, mostly twitter, to hook up, no skype. He doesn’t want anyone to know he is deaf, as people think he is “retarded.” He is lonely and craves a relationship with someone else, the touch of another, and someone who will see beyond his hearing impairment to the person that he is.

Aaron and Spencer first meet inauspiciously after Aaron has attended campus to pick up text books. It certainly leaves an impression on Spencer. The college is aware of Aaron’s difficult circumstances and he is seated next to another special needs student, yes, Spencer. As Spencer is deaf the college feels their placement together will be easier for both young men.

A friendship over code and being different starts up for Aaron and Spencer when they are forced together on an IT project. This is when the book really picked up for me. Prior to this I nearly put it down on a couple of occasions. I had to adjust to the writing and remember the ages of the protagonists. Plus, when they talk to one another it is very engaging.

Not only do  both these young men have difficulties, they are both suffering from the outcomes of being different in a society that still doesn’t accept physical or emotional difference terribly well. Even if people are well meaning they just don’t know how to deal with something different when it occurs – either by shying away, being ignorant, or by behaving as if the person with a difference or disability is slow.

First of all, it’s commendable that the author took on such a BIG topic with immensely difficult characters, particularly Aaron. Writer’s sometimes think that they can just throw trauma out there in a generic way and that’s alright. It isn’t, and I am very harsh on this particular condition and how it is portrayed within genres. When (what I call)  the ‘therapist bashing’ started I thought “okay, here we go, another author who hates therapists”. However, Dr Thomas and his therapeutic approach redeemed that totally for me.

Highlighting how a traumatised family member affects the family unit was very real and correct. How hard it is on siblings, how heartbreaking it is for a parent to feel like they can’t reach a child   whilst they fall apart, or never recover from an initial meltdown. When Aaron’s brother, Allen’s, date turned up it triggered Aaron. Allen called his brother a “lunatic” in front of his date, as he was mortified that his date wanted to back out. Later Allen came to see Aaron –

“I am so sorry, Aaron,” Allen said, the tears beginning to fall. “What I said to you was unforgivable. I didn’t mean it, I was just….”

How Aaron’s brothers covered for him, shielded him from their grandparent’s, who just didn’t/couldn’t understand why Aaron was as he was. This, too, can be very typical. How his brother’s also understood Aaron and what he wanted re: Dr Thomas towards the end.

His mother, Michelle, was fantastic. Calm, loving, although living through what was pretty much every parent’s worst nightmare, trying to look out for all her children, and deal with a husband that was not coping with Aaron’s PTSD . Unfortunately this was somewhat negated near the end. Although I understood it, I didn’t like it. I’m going to be cryptic on some things.

The fact that the reasons for rape are explained briefly is good. For anyone out there reading this, it sends the right message – it’s not your fault, it is about power, humiliation and a need to subject someone else to a brutal dominance.

The two protagonists, Aaron and Spencer, were genuine and special. Aaron, for his understandable road of guilt, grief, agony that he has to travel, seemingly alone. You know he can’t be touched, but, seriously, I think that’s what most readers are going to want to do, hold him and let him know they cared, love him, and were glad he survived. And Spencer, well Spencer is the epitome of patience. Spencer is just amazing for being so gentle, having such a big spirit and compassion that would put him at the top of any list for one of the most soul-deep-beautiful characters of all time, of any genre.

Until Aaron and Spencer got together there were, at times, moments when the book got looped in some dialogue about how much of a difficulty Aaron was, how he hated who he was, how his life was as good as over. I understand the why, trust me, but some could have been skipped.

Sometimes there was an awkward plot device driven moment – a waitress named Juliette, the sex Spencer had at the beginning – I get it, he’s deaf, it was awkward, the execution just missed, for me. A particular message from Spencer’s dad to Spencer, yes Aaron’s gay…too.

This book is a winner. It is heartfelt, it is compassionate, it is sensitively written, it touches on issues that help raise community awareness. It has some lovely lines in it. After a moment of tension Spencer says to Aaron –

“I don’t know what I can do. I…I don’t want to keep you from having a relationship with someone that can give you what you want.”

“I can’t believe this is happening. I never thought I would find someone to look past the scars. I want to try if you do,” Aaron told him…

While there are some sensual moments, there is no sex between Aaron and Spencer, which is spot-on. The trauma that Aaron has suffered takes many long years to be able to come back from, sex especially. I believe there may be another book after this. I don’t know, I can’t speak for J P Barnaby, but the ending was more of a HFN. There is still much to explore with this beautiful couple. Yes, beautiful, as they are that and then some. J P Barnaby has written a really good book here. I hope she does write Aaron and Spencer again. I, for one, will be first in line to get a hold of it.